Unravelling the Layers of Internet Subjectivity with Primordial Void

Oscar Chiu discusses the esoteric vision of the digital label with founder Marcel and artists Lockbox and Emamouse.

Primordial Void has firmly cemented itself as a unique presence among a growing constellation of internet-based record labels. Quickly amassing a discography of five projects within the past couple of years, PV has remained grounded in its roots as a passion project enabled by internet connectivity and online discovery.

PV labelhead, Marcel, initially had the idea to compile and release a project that features artists he discovered and formed relationships with online in 2017, a vision which would mutate to eventually take the form of Primordial Chaos, the touchstone PV release which embodies the label’s spirit. Marcel’s love for “dreamy experimental music and internet esotericism” is on full display in the 20-track release, which showcases a diverse array of talent from all over the world. Primordial Chaos lives up to its name as each track feels like an emotive stanza to a pandemonic whole. Moments of delicate, lulling serenity can sharply shatter into shards of noise and rhythmic atonality, making it impossible to predict the next shift in sound, which is all part of the fun. This sense of unpredictable flux is propelled by an undercurrent of playfulness, a sort of carefree freedom that is both hypnotic and infectious…a signature imprint of PV’s sound.

Scorpio (2018) is Jesse Briata’s (a.k.a. Lockbox) interpretation of Ryūnosuke Akutagawa’s Hell Screen, which depicts the decay of “an artist living within a capitalist mainstream society”. The Taisho-era serial tells of the hardships (and twisted joys) of creating under a system which pushes artists to their capacities, an uncanny tale told through a variegated display of moody intonations blended with his signature digital, kinetic pulse. The blend of distorted syncopations and wobbly, ghastly vocal chops produces a loopy sense of disarrayed repetition, like a troubled virtual yokai stranded in time.

Neo Druid (2019), Lockbox’s second release on the label, was written in a particularly difficult period of Briata’s life while he was drifting across the Midwest. Clubbing during this time was “the only lifeline [he had] to society.” 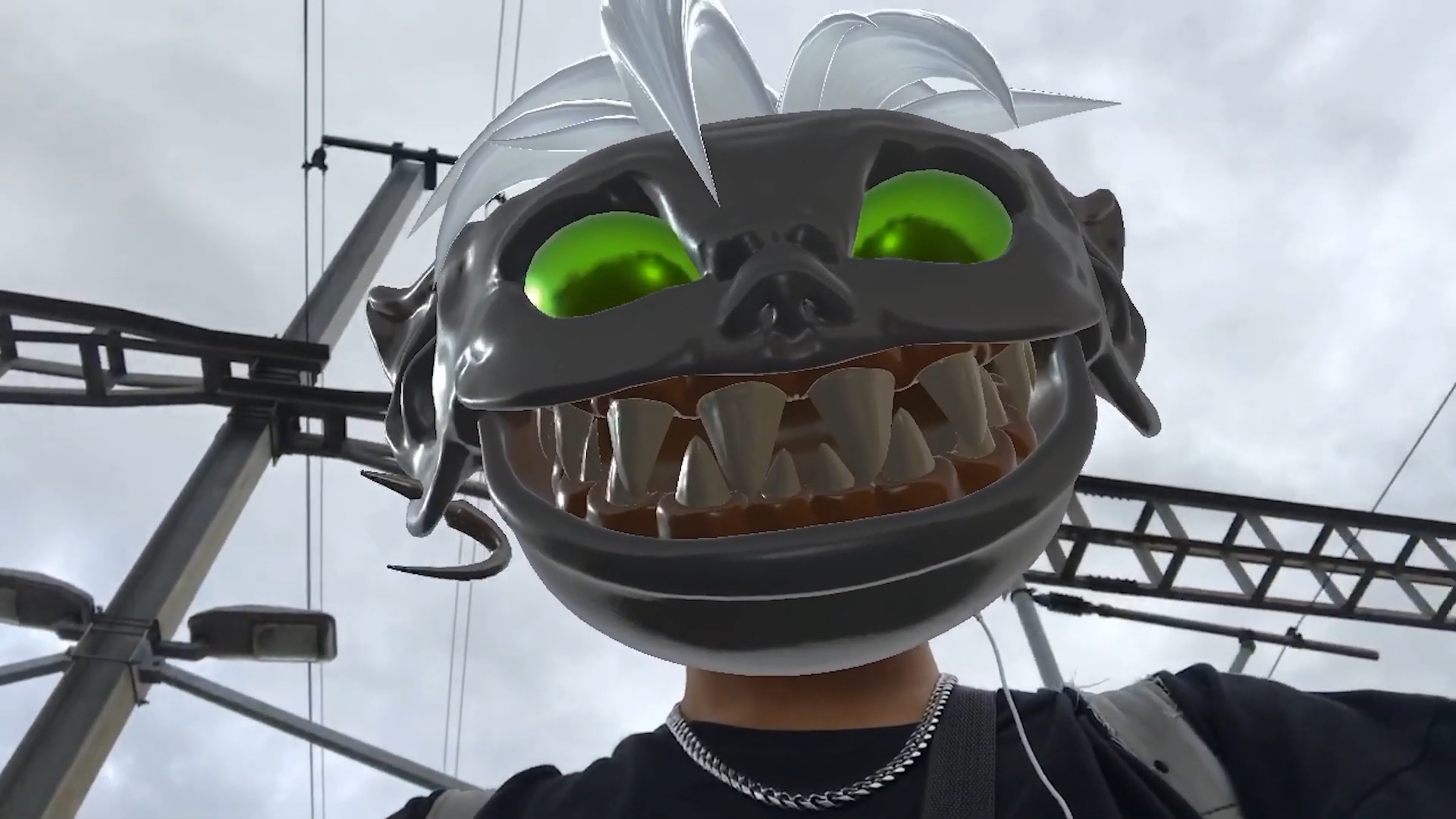 “The latest developments in club music and culture happen in real time. It dynamically shifts and adapts quickly, which is why I love going out. I need to know what happened before me in order to create something new, and I need to stay connected with what’s happening now while simultaneously producing my own music from a sacred and reflective place. The best raves are in your mind.” – Jesse Briata

Neo Druid is at times a reverent ode to existing club genres (and spaces), while at others, it unapologetically bends these tropes. As such, we are getting a taste of existential club music; Lockbox weaves in and out of consciousness when the vital signs of life in overstimulated sensory drums fade into airy synth arrangements or purposeful echoed embellishments which effectively direct our attention beyond the sonic elements before us. Instead, we are guided towards the spaces in between the sporadic outbursts, the moments of (almost) silence that turn the listeners onto themselves.

This pondering of club-subjectivity extends beyond the confines of the dancefloor and beyond album structure, as evidenced on Briata’s collaborative project with Alfatiharufa which brings the character of the Toonami Demon (from the cover of Scoripio) to life as an AR facefilter. Toonami Demon and his misadventures provide a basis for the visual narrative of Briata’s OFLUXO mix. The character is placed in banal situations within our material world (waiting for the bus, playing hoops at the local park, smoking cigarettes while waiting for…something) as well as the fantastical virtual world (as a character skin in GTA…breaking laws in an ‘unmediated’ space without consequences). With this project, the meta narratives constructed by Briata have now surfaced, finding a new light in a new medium. Now, we are all invited to be Toonami Demons.

Emamouse is the prolific, Tokyo based artist who finds freedom in her masked identity. What began as a “need for a Twitter icon” eventually became an enigmatic stage persona for live performances. Now the homemade bag-mask with an anime girl stitched to the front has become a separate entity altogether:

“You may feel strange, but now the mask itself is not me. I recognize this as a creature called mou. mou [who] lives freely. It’s not me when I wear it. The two became completely different creatures. ” – Emamouse

Ema’s music seems to inhabit a spiritual multi-dimensionality which she introduces her audience to with childlike glee. In Eye Cavity (2019), we enter a carnivalesque scene where polyrhythmic synth grooves and soft denpa discomfort coexist. “My Cavity” is a whirlwind of cascading synths, a grandiose fantasy on the highway to ascension; “Puppy” is an innocent waltz into a noisy oblivion that is so satisfying and “Î~é╠ë╠”, the finale, is an epic thriller, a sustained tension built whilst juggling multiple ideas…the result is a chaos with a clear motive to thrill.

It is hard to imagine any other artist replicating such a flare for suspense with a tint of cuteness. The mask that allows Ema to be free from herself, a dissociation that allows for full expressive abandon, is perhaps a portal to the dimensions that Ema is trying to show us, generously taking us on a guided tour of the dual spirit world. Primordial Void is a label that encourages this sense of liberation.

So what’s next for PV? Marcel has high hopes that the label will extend to connect with an audience beyond the screens through ‘art exhibitions, books, films and live performances.’ In terms of releases, next on the horizon for PV is an EP from MūT, a collaboration between NYC-based producers Gobby and EZB. PV is at the forefront of experimental music in 2020 and continues to push the boundaries of what it means to be a record label.