The Hindu Kush Himalayas are a mountain range that connects the nations of Afghanistan, Bangladesh, Bhutan, China, India, Myanmar, Nepal and Pakistan. Colloquially referred to as ‘the water tower of Asia,’ the glaciers in this region collectively provide the water for the largest rivers on the continent, including the Ganges and Irrawaddy. Because of the essential role played by the glacial runoff, the mountain region is in many ways a crucial artery that connects the many different nations comprising the Asian continent.

Global warming is causing this glacier to dissolve at increasing rates, rapidly diminishing a once-vast reserve of frozen water, giving way to political tensions and conflict throughout the surrounding nations. Water is increasingly one of the most coveted and contested resources on this planet, making the Hindu Kush Himalayas an essential water junction that largely determines the fate of the greater Asian continent geopolitically.

Taking its name from the mountain region, the HKH Cryosphere compilation by Pan-Asian collective & label CHINABOT is an attempt to explore the vitality of water and the Hindu Kush Himalayas region through a diverse arrangement of sonics. The compilation features ten tracks by ten different contributing artists from the aforementioned nations that the mountain region passes through. 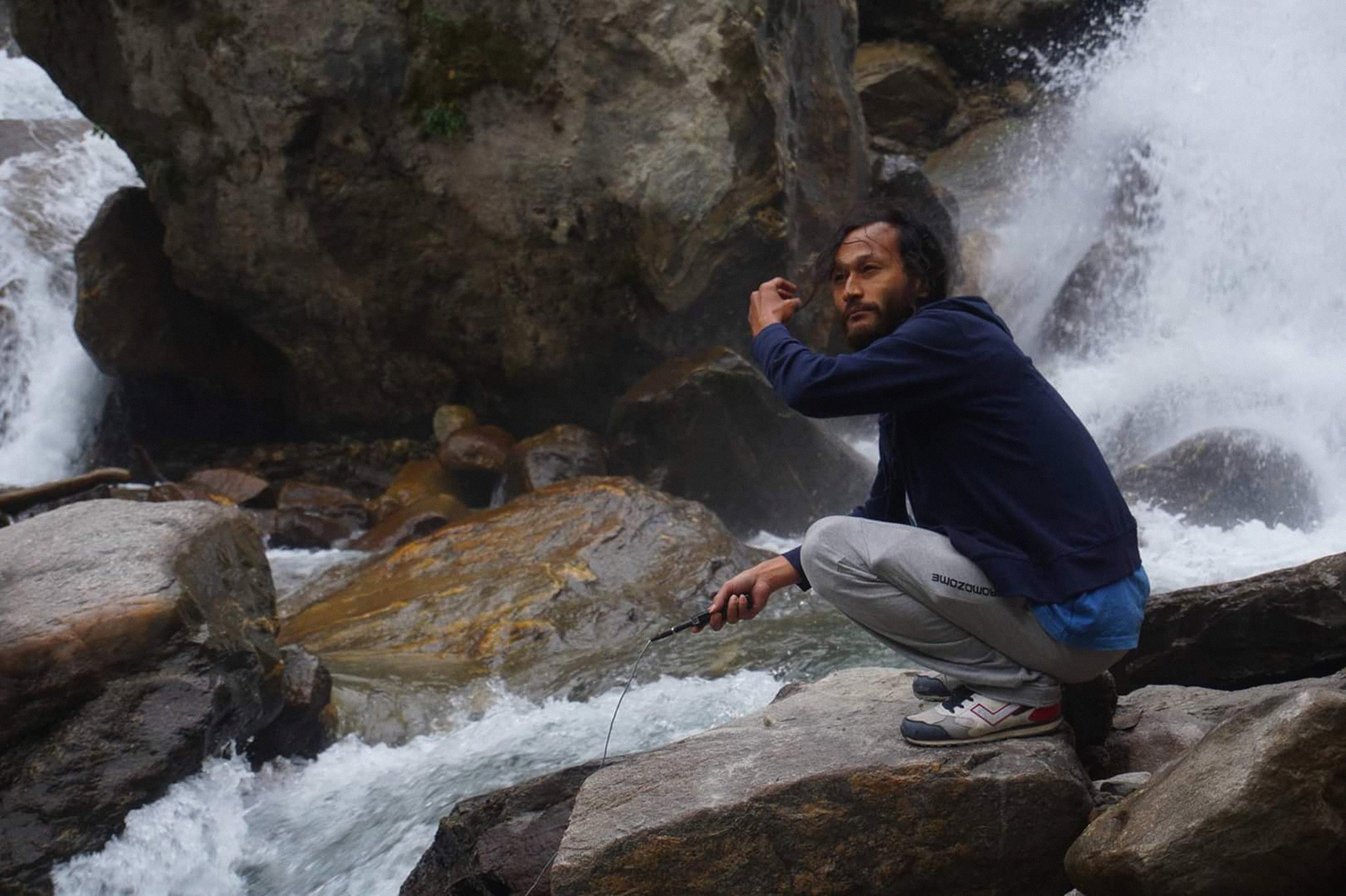 The compilation’s diverse track selections allow for newcomers to glimpse CHINABOT’s diverse team of sound artists, every track utilizing a unique methodology in its construction. “Vrindawani Sarang,” a track by India via San Francisco-based artist Ose | ओस , begins the album with cascading synthesizers in an ambient mantra drone that extends into space. Li Yilei’s track “管镜:烏雲緊急” is a particularly noteworthy composition, its ominous tone creeping into a rhythmic bass drone that dissolves into granular noise at the end of the six minute composition.

Tavishi’s hair-raising composition “হিন্ডুকুশ আগুনে জ্বলছে’,” which appropriately translates to “Hindu Kush is on fire,” sources its sounds from aggregated satellite data displaying the rate at which the Hindu Kush glacier has melted since 1970, as well as projected future rates of glacial decay, utilizing the statistics of environmental degradation as a powerful compositional device. Nois Society’s “Bagmati on urban repulse” departs from the latter half of the album’s focus on gradual ambience, arranging a barrage of harsh analog sounds into a progressive wall of noise that recalls the furious conceptual sonics of Merzbow, similarly using prickly aesthetics and mass volume to carry the message of awareness and action against environmental destruction.

HKH Cryosphere succeeds through a unique selection of artists and a transcendental eco-cultural theme, tying together what could be otherwise considered aesthetically polarized sounds. CHINABOT’s attention to curation shines through their thoughtful approach to selecting many disparate sounds into something unified and complete. An exciting compilation from a young label that continues to positively develop the dialogue surrounding Asian music with each new release.

HKH Cryosphere is out now on CHINABOT. Purchase it here.