The aesthetics of hypnagogia – a term denoting the state between wakefulness and sleep – can be traced back to the emergence of lo-fi fetishism in alternative music of the 80’s and 90’s. Early progenitors of shoegaze, in their embrace of fuzzed-out psychedelia, squalls of feedback and reverb-drenched vocals, effectively conjured the lilting drift of consciousness before sleep takes hold.

This sound experienced a revival in the mid-2000’s when a faction of indie artists employed analog recording techniques to produce a stylized, nostalgia-inducing form of pop. In a 2009 issue of The Wire, music journalist David Keenan attempted to categorize this trend, coining the term “hypnagogic pop.”

Although that tagline has lost out to “hyper-pop” for ‘h-pop’ supremacy in recent years, remnants of the “hypnagogic” approach are littered throughout the contemporary music landscape. The latest incarnation of hypnagogia-inspired music comes from Montréal-based artist Amselysen. Their new album for Prague-based label Genot Centre, Hypnagogic Surge, hones in on the disorientating affect of liminal sleep-states. Eschewing kitsch nostalgia for post-modern volatility, Amselysen re-purposes the aesthetics of hypnagogia for the current zeitgeist. 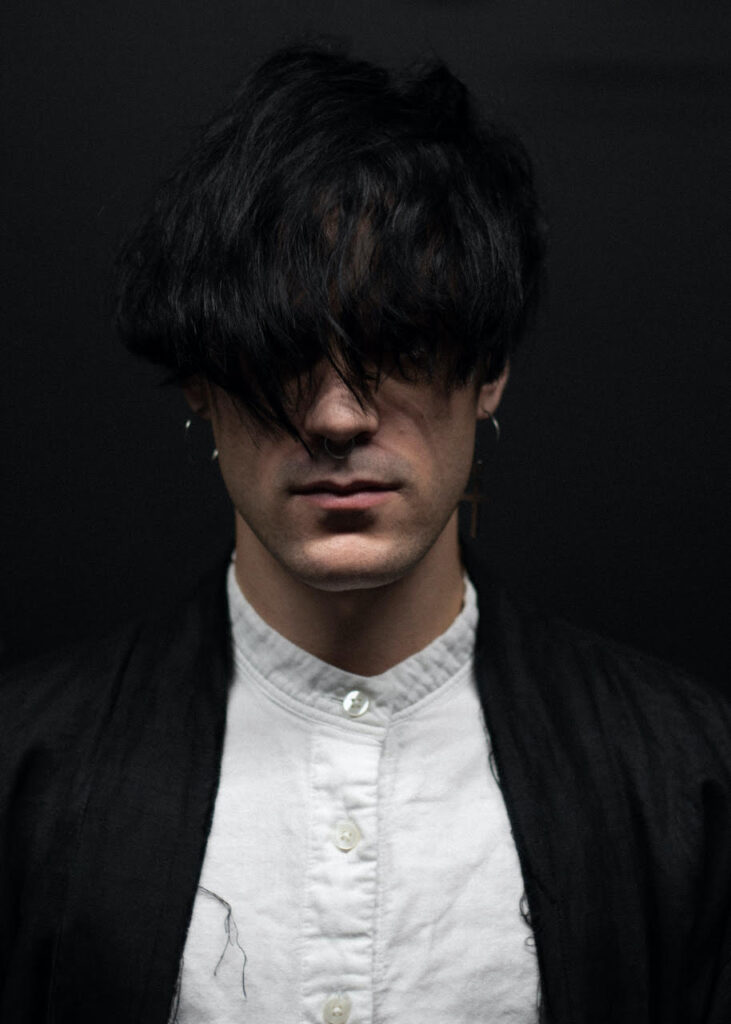 The sound-world of Hypnagogic Surge is a far-cry from the bleary melancholia of shoegaze or the sun-drenched haze of hypnagogic pop. Across the album’s eleven tracks, Amselysen processes samples and sound-bites, rendering their source material unrecognizable. Stylistic signifiers of noise, techno, post-punk, rap and metal are blenderized into a digital slop, overflowing with a surplus of sonic artifacts. Amselysen’s methodology here takes cues from plunderphonics, drawing connections between various cultural reference points in a collage-style approach to production.

It’s an approach not dissimilar to the one Daniel Lopatin takes in his work as Oneohtrix Point Never. Hypnagogic Surge’s closest cousins would probably be OPN’s Replica or Garden of Delete (there’s even a track titled “Garden of Failure”). Echoes of the former can be heard in the hallowed synths and stretched vocal motifs of “Lapis Leisurely” while the latter’s influence can be heard in the glitched-out noise of “Obsidian Shavings.” For those unenthused by Lopatin’s recent detours in day-glo synth pop, Hypnagogic Surge will come as a welcome re-invigoration of the sounds he explored on previous records.

What remains persistent throughout the album is an overwhelming sensation of excess. The recordings whirr and sputter as if processing mass amounts of information. Amselysen’s aural exposition of “hypnagogia” lends itself more to restlessness than reverie. The schizoid affect of the album is indicative of a sleepless state prone to sudden psychic intrusions. Hypnagogic Surge is an enthralling work that critically engages with representations of liminality, forming a distinct vision of hypnagogia for the age of information overload. EUREKA!

Hypnagogic Surge is out now on Genot Centre. Stream/download it here.