The prickly noise Victoria Shen crafts under the self-referential portmanteau Evicshen is as invigorating as it is demanding.

Originally from San Francisco but now based in New England, Shen has been exploring the physical dimensions of sound through analog synthesis and live performance for over a decade now. Her practice has given her the opportunity to travel the world over – she’s performed solo in North America, Japan, Mexico and Europe – not to mention, artist residencies in Stockholm, Rotterdam, Copenhagen and New York. Despite this considerable experience, there is one musical milestone Shen has yet to achieve in her already illustrious career: release a vinyl LP. 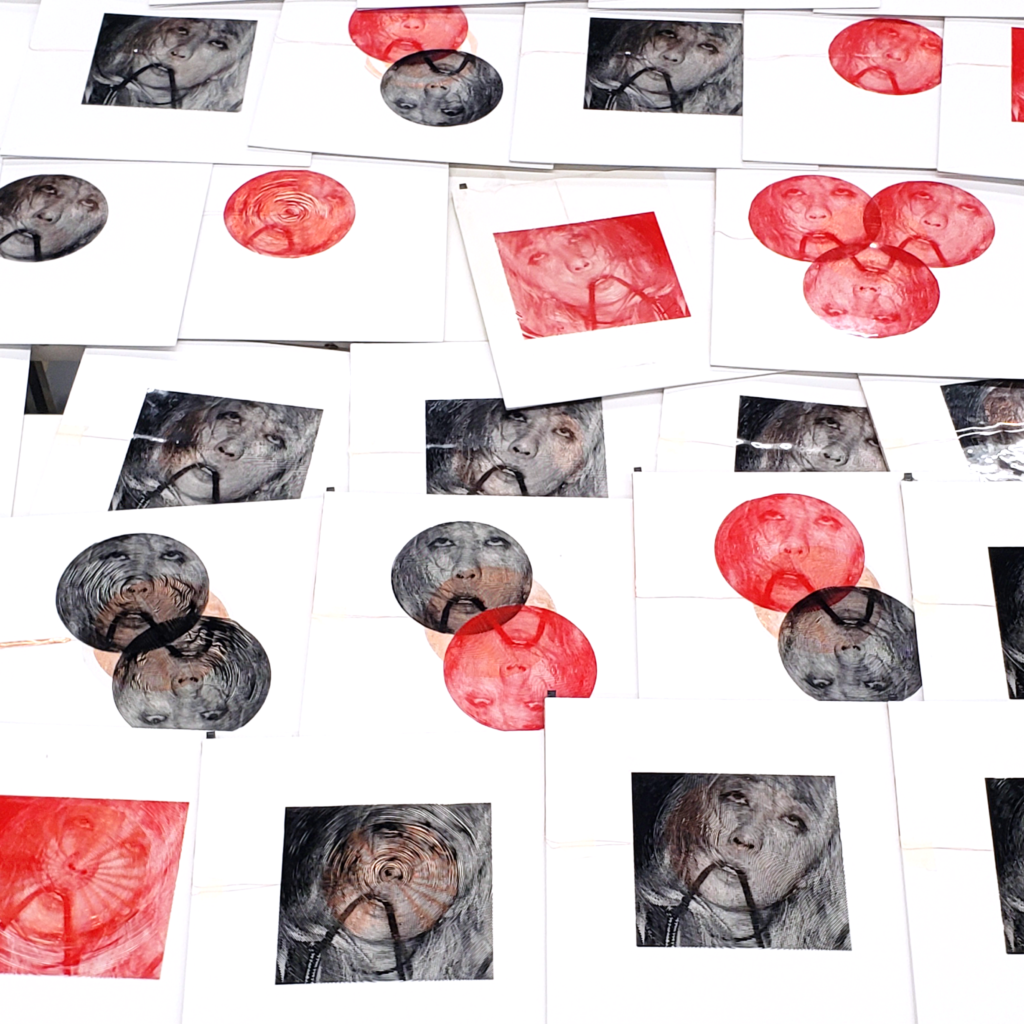 Well, until now that is. On July 17, American Dreams Records will release Evicshen’s debut solo LP, Hair Birth. Following the modular improvisations of 2018’s Klee Doll, Hair Birth sees Shen formulate her style of abstracted noise for (not so) digestible listening. Tracks like “Under the Stall Door” feature seething, high frequency oscillations and rumbling, atonal undercurrents that only those initiated to the harsh worlds of ‘japanoise’ or ‘power electronics’ will appreciate.

What sets Evicshen apart from other artists of the noise oeuvre is her balanced consideration for both academic and underground aesthetics. This is best encapsulated on the album’s closing track “Fever Pitch,” wherein she sculpts jagged shards of feedback and throbbing vibrational patterns, creating a visceral slab of sonic brutalism.

The track’s video adds a dimension of dark psychedelia to this formation. Through the lens of infrared thermography, a female form is seen from different angles as water splashes across her naked body, creating a technicolour fusion of liquid and flesh. Amidst the dissonant squall of the recording, this scene takes on a disorienting quality. Evicshen expertly mystifies the viewer/listener on “Fever Pitch,” and throughout Hair Birth, challenging our sense perceptions through techniques of visual hallucination and aural destruction.