Joel Eel is one of the most exciting acts to emerge from Toronto’s electronic music underground in recent years. Between his visceral live sets and commanding recorded output, Eel has gained notoriety for his EBM-tinged punk-techno sound both locally and abroad.

Earlier this year, Eel announced the launch of his new label Perpetual Care with a collaborative digital single release between himself and Toronto rapper Matthew Progress. Eel follows this up with Communion, a 5-track EP featuring contributions from Toronto’s TYVYT|IYTYI, Berlin’s Auschuss, Montreal’s Orchestroll, Taipei’s Jing and Eel himself. The album is described as the “ceremonial bind between the audio and visual union, conducting a spiritual regime to form remembrance.”

In keeping with the sacramental theme, the album is being released with a limited edition ‘packaged eucharist’ imprinted with silkscreen logo and track-listing. A portion of the proceeds from this will be donated to the Lebanese Red Cross to support the Beirut Explosion Crisis Response. 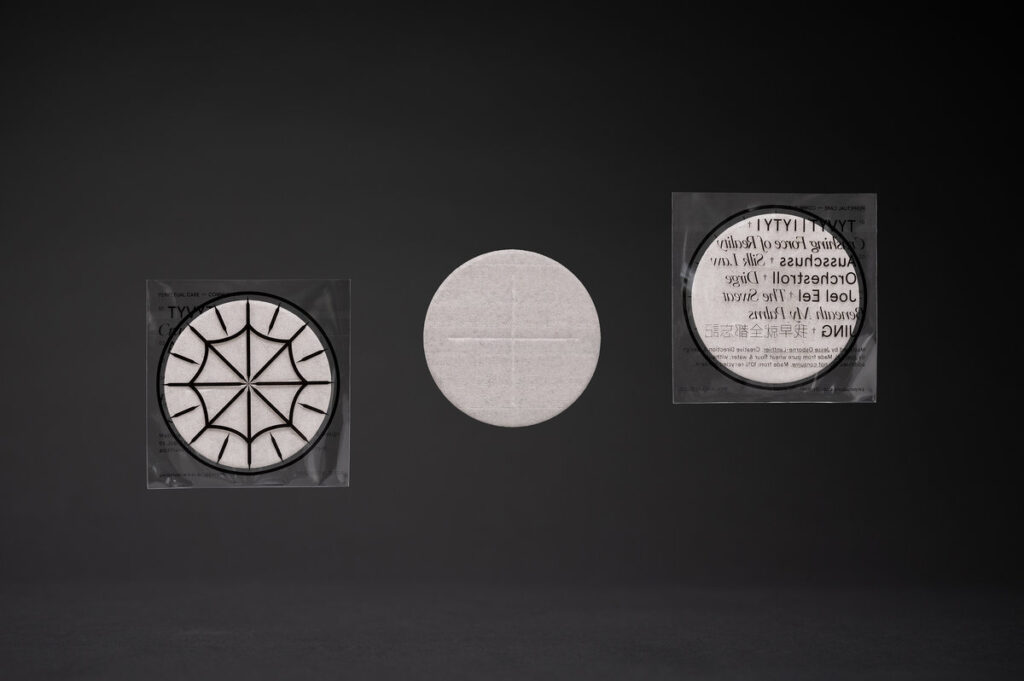 Today, we premiere the opening track from the album – TYVYT|IYTYI’s “Crushing Force of Reality.” The Toronto producer has remixed Joel Eel prior and this track only further solidifies the stylistic connection between the artists’ work. “Crushing Force” is a severe hardware techno cut with a rugged punk attitude. A steady 4/4 stomp, machine whirrs and jagged saw waves slice through the speakers, commencing the brutalist devotion of Communion.

Communion is out tomorrow, Fri. Nov. 6, on Perpetual Care. Pre-order it here.